skip to main | skip to sidebar

Zombies... And Other Creepy Crawlies...

Very clean model; some normal sanding of mold lines (wore a mask to keep from breathing small particles). Used a little bit of putty (GW Greenstuff) on base to conceal joins. Parts fit together well. Used some small magnets for the engines to be able to reposition them.

I did a base coat of Krylon Extra Flat Khaki, GW bleached bone for highlights.
Generic white, green and black paint for the widows and missiles. GW Charadon Granite and Chainmail for some of the spots to show some "wear and tear" - not much as I did not want it look too weathered.

GW Mechrite Red, highlighted with GW Gore Red and a generic white and yellow for stripes and markings.

I photo'd it inside a foldio collapsible light box using a iPhone (5 something). 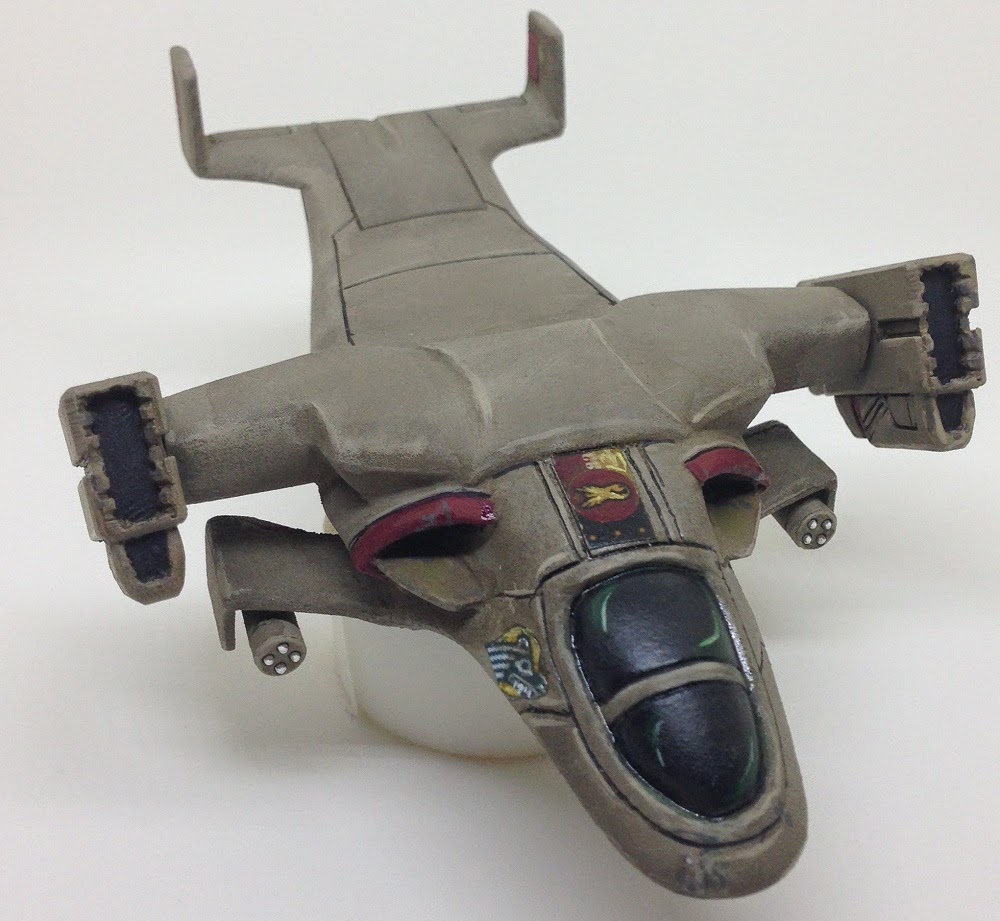 Posted by redroom at 5:30 PM No comments:

I picked up a hover tank that I've been wanting for a while from Ravenstar Studios along with some bio-aliens called "Horrids". They are really well sculpted and his pictures really do not show the amount of details that they have. Below is the first one that I finished, a couple of small pits in the tentacles needed some simple green stuff to address. One area on the rump also needed a patch, but was pretty easy to do. 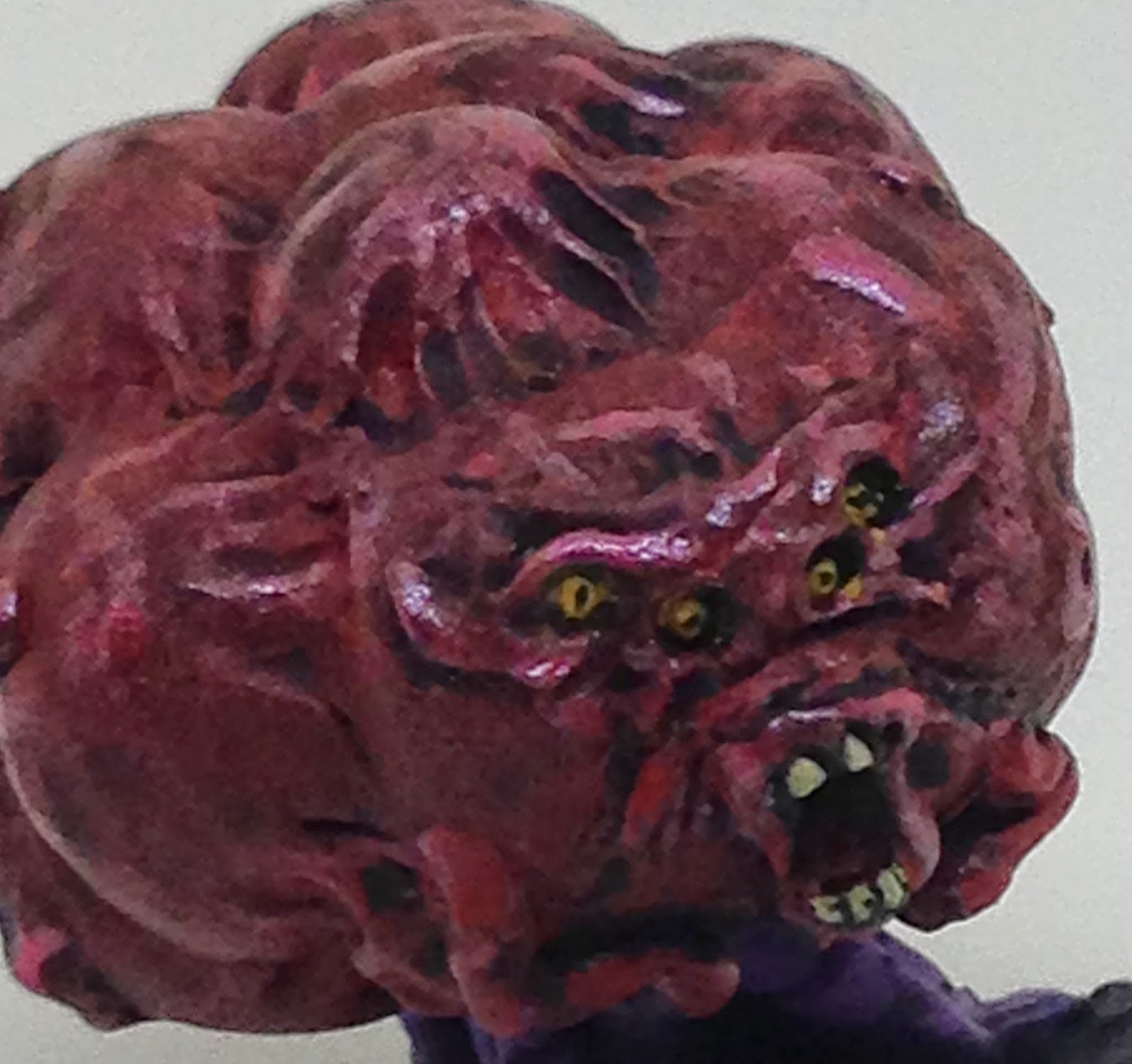 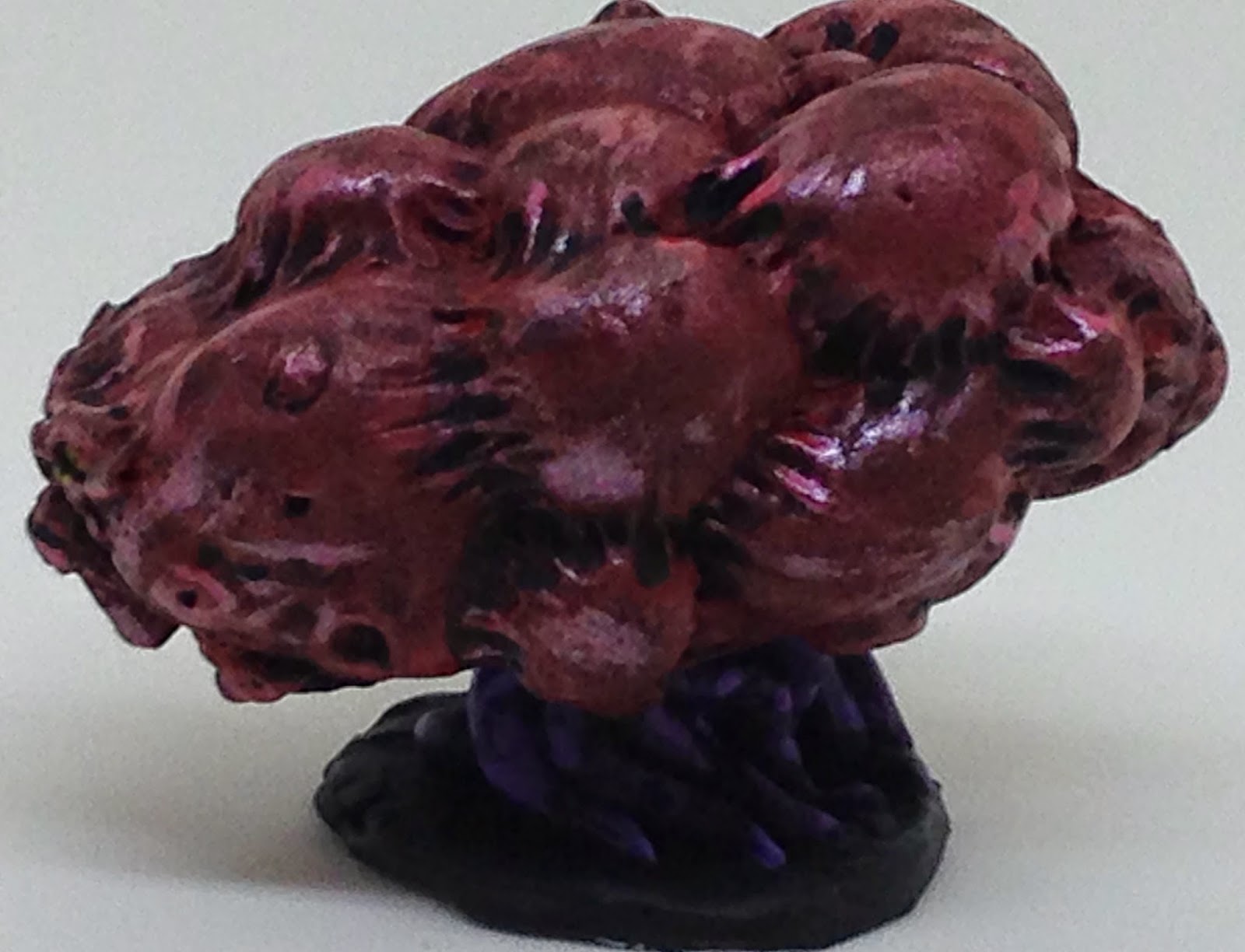 Colors Used:
Really nice, sinister looking mini. I picked up a couple other of smaller troops too.
Posted by redroom at 6:57 PM 1 comment: 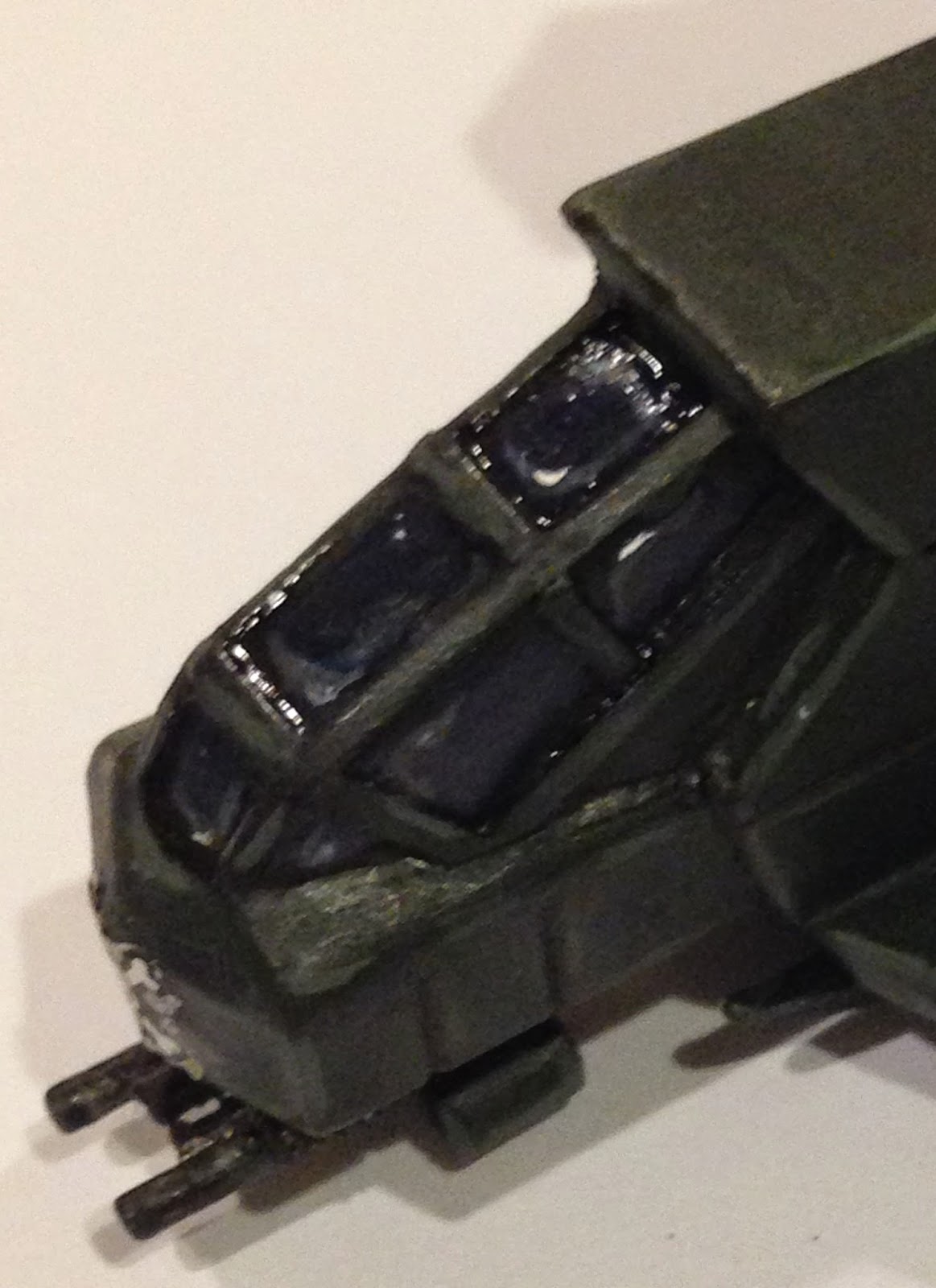 Colors Used:
Decals are from GW Space Wolves and the number is from Hasslefree Miniatures. A couple of doses of flat coat, gloss put on the windshield.

2011 was not a very productive year for me painting miniatures, in fact I only painted one, a 15mm sci fi Marine that I purchased from Shapeways that was in Admiralducksauce's shop. 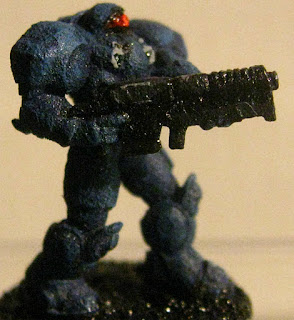 Really nice mini, my pictures don't do it justice. I also picked up some 15mm Frogan warriors he had. I tried to "ink" the mini to show detail, but it did not quite work. I think I had them printed in frosted ultra detail, lines in the armor are very straight and the face has some good details that did not show up in my pictures.
Posted by redroom at 5:45 PM 3 comments:

The Target in Houston, TX on FM1960 and Eldridge now has their FOV smaller vehicles for $1.48 USD. I am curious about the size of the US M109 Self-Propelled Howitzer in the line, as I haven't seen that model in person yet. The AAVP7A1 looks like it would make a nice jawa-esque vehicle for some smaller 15mm minis.
Posted by redroom at 9:33 AM No comments:

Target is dumping some of their smaller Forces of Valor vehicles and I picked up a US M3A2 Bradley IFV for $2.08 USD. The scales of the Forces of Valor vehicles can vary widely, but this looked like it would fit in with some of the Peter Pig and Rebelminis US Marines I have. I think it turned out pretty well, especially considering the price. I will probably pick a couple more up: 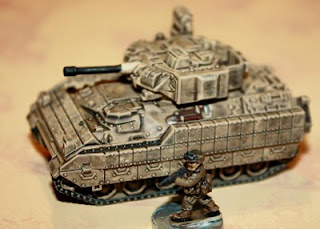 What I did...
- removed a couple really small mold scars
- GW Devlan Mud wash
- dry brush of Americana Khaki Tan (cheap acrylic paint from Hobby Lobby)
- highlight of some of the rivets with the Americana Khaki Tan
- painted headlights and some gear

QRF Aliens
Below are my two favs of the QRF aliens hunter guys. These are taller than most 15mm, but that is not a problem with me. The pack came with 8 figures with a lot of variety. I also picked up some modern Germans and some various armor that I also need to paint. I finished a Bedford Truck, but I need to try a better way of painting headlights, mine look too white. 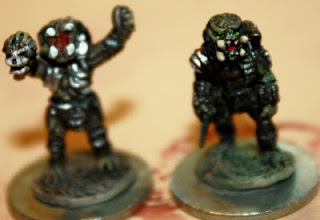 Khurassan Miniatures
My sea scout craft, really a nice clean resin/plastic mini. I used a tine(sp) from a clear plastic fork to make the aerial stand. Works pretty good and adds some stability to the mini. 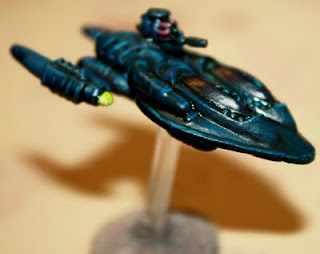 Critical Mass Games
I ordered some walkers and dog soldiers from CMG. Only Finished the walkers, but need to start working on the soldiers. I went for a dark brown as I pictured these guys working scorched earth battle zone. 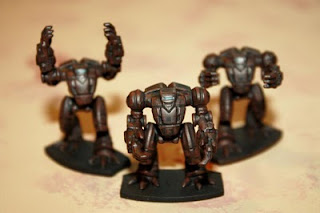 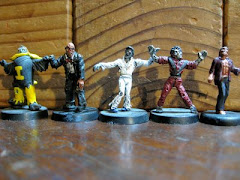 redroom
My name is Mike, and I like zombie flicks. I also like painting/altering miniatures, which works pretty well together with my like of zombie flicks. "Army of Darkness", "Shaun of the Dead", and the Resident Evil trilogy are some of my faves. The latter have many inspirations for modern miniatures.